Connie J. Mableson will be teaching Entertainment Business Contracts at the Sandra Day-O’Connor School of Law at ASU in the Spring Semester. This is an upper level, 3.0 credit class.

Effective October 1, 2014, our new offices are located at 1938 E. Osborn Road, Phoenix, AZ 85016.  The office is located in the former Wholesale Floors building, an iconic historical building conveniently located just off the SR51 and 202 highways and south of the Biltmore Area.

Ms. Mableson’s LinkedIn page is among the top 10% of all pages reviewed on LinkedIn.

Rex Anderson had a busy year in and out of the office. He met a personal cycling goal of over 3000 miles on his bicycle in 2012 including the 491 mile weeklong RAGBRAI ride across Iowa with his bike club, Band of Cousins. Rex also continued his re-entry into the sport of triathlon including his first Olympic length triathlon in 23 years at Nathan’s Triathlon in Tempe, AZ.

Connie & Rex hosted over 50 people at the DAK Release Event. The DAK is a USB drive in the shape of a credit card on which is a patent pending application allowing the easy storage and retrieval of passwords and online account information in over 28 categories of internet accounts. See www.digitalassetadvisors.com.

Ms. Mableson was appointed as an observer and commentator to the National Conference of Commissioners on Uniform State Law “Fiduciary Access to Digital Assets” Drafting Committee. This Committee will recommend changes to the Uniform Trust Code and other uniform laws regarding digital assets in Estates.

Connie was selected as a mentor for GANGPLANK, a Chandler based incubator, at the Walter Cronkite School of Journalism in downtown Phoenix for the summer, 2012.

Connie and Rex have launched their new, patent-pending DAK device for easy password storage on a flash drive. An easy way to keep track of all your online accounts, user names and passwords. Check it out at www.digitalassetadvisors.com.

Rex Anderson was selected as the Winner of the 2012 Arizona Attorney Creative Arts Competition in Music.
http://www.azattorneymag-digital.com/azattorneymag/201205/#pg56. Some of his original songs can be found at https://itunes.apple.com/us/album/big-for-his-age/id160050062.

Ms. Mableson has authored 2 new books and the expected publishing date is February 14, 2012. The books are:

More information about these books and a discount code to purchase can be found on this website by clicking here. 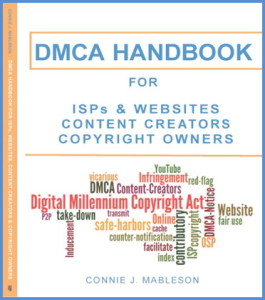 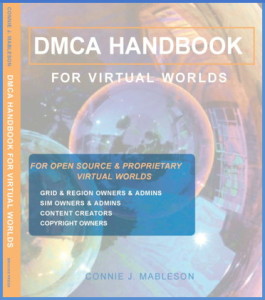 Ms. Mableson has re-activated her Washington State Bar membership and is now practicing in both Arizona and Washington states.

Connie has launched a new Artist Management Company, Brooks Creative Management, LLC. The company is a talent agent (licensed with the State of Arizona) and management company and will be representing a wide variety of talent who can benefit from an agent and/or professional management.

Ms. Mableson will be presenting at the PHOENIXComicCon on May 29, 2011 regarding “Copyright for Writers.”

Connie will interview Michael Connelly at a FREE event hosted by the Poisoned Pen at the Arizona Biltmore on April 6, 2011.  Connie will be speaking to Mike about The Lincoln Lawyer, adapting books to film, Mike’s new book, The Fifth Witness (out on April 5, 2011).  If you have any questions you would like asked, send me an email.

The evening is absolutely free. Doors open at 6 PM. Plus books for sale and Mike will sign.

Congratulations to our client, BLADE, who just won GOLD and SILVER ADDY awards for their work with MINI USA & the Phoenix Suns.  Check out their winning spots at www.bladecuts.com.

Digital Assets in Estates: This session will alert estate planning and probate attorneys to the possible existence of valuable digital assets when counseling clients.  Connie Mableson and Rex Anderson will provide an overview of the types of digital assets that can be easily overlooked by a personal representative or trustee if not specifically identified by the decedent at the State Bar of Arizona’s CLE entitled “Recent Developments in Estate Law.”

See the Article on Digital Estates and Assets in our “ARTICLES” section.

Our client, SQUAREONE (www.squareone.com) has just delivered an iphone and ipod app to Warner Brothers called TAPPER WORLD TOUR.  Based on the arcade game, it features the artwork of Don Bluth.  SQUAREONE is a Phoenix based game development company.

Our client, CeCe Peniston, has signed with West Swagg Music Group and is in the studio recording her next album. http://cecepeniston.com/

Our client, Fervor Records, celebrates the release of its artists’ videos on MTV.com.  Electronic band, SuperStereo is climbing the charts.  Check them out. http://www.mtv.com/videos/super-stereo/618415/life-passed-me-by.jhtml#artist=3859368

Select an area of practice to learn more.

RECENT ARTICLES FROM OUR BLOG

NEW FEDERAL COPYRIGHT LAW: CASE ACT = small claims for copyright infringement. On December 27, 2020, the long-awaited CASE Act was signed into law.  It establishes a small claims court for copyright infringement claims under $30,000. If your book, website, photograph, visual work or other creative project has been infringed, you can opt to bring […]